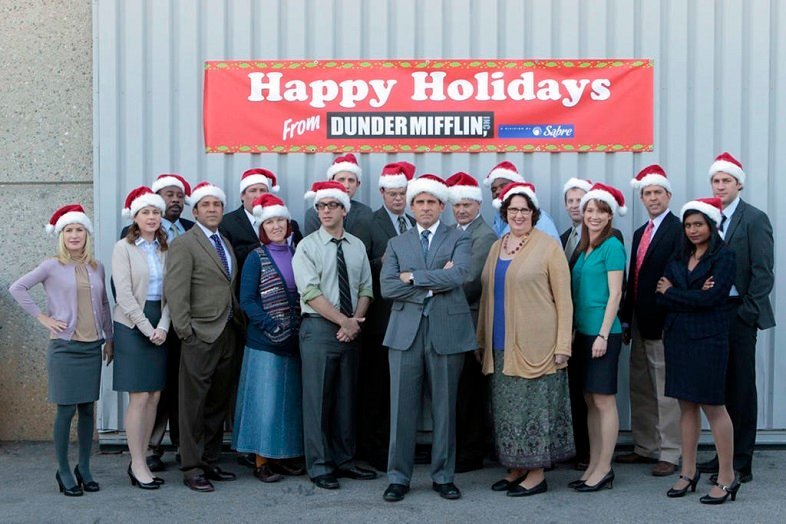 December equals festivity and celebration. Keeping that in mind, Comedy Central, one of India’s leading English comedy and entertainment channels, brings to you an exciting package of the hilarious best shows to let you celebrate the year-end and beyond. Christmas and New Year Marathon – an exclusive 14-day celebration by Comedy Central, will showcase all seasons of your favorite shows, back-to-back. From the 20th of December at 6 AM to the 2nd of January at 7 PM, the channel is set to air all seasons of its top 4 popular shows – ‘F.R.I.E.N.D.S’, ‘The Middle’, ‘Brooklyn Nine-Nine’, and ‘The Office’!

Let us dig deeper into the four shows that have been entertaining millions of people across the world!

An American sitcom that follows the life story of six best friends who cross each other’s paths in a completely unexpected manner. The show focuses on the personal and professional lives of these six people around thirty years old and living in Manhattan. The story begins with Rachel Green (Jennifer Aniston) fleeing from her wedding and seeking help from her old friend Monica Geller (Courteney Cox). Later, Rachel joins Monica’s friend circle, which includes Phoebe Buffay (Lisa Kudrow), Joey Tribbiani (Matt LeBlanc), Chandler Bing (Matthew Perry), and Ross Geller (David Schwimmer). The ten seasons of F.R.I.E.N.D.S will be airing on the channel.

The Middle narrates the story of a middle-class family, which deals with the day-to-day issues of life. It is one of the very popular American sitcoms that is way engaging as it relates to the lifestyle of most of the audience out there. The show stars Patricia Heaton as Frankie and Neil Flynn as her husband Mike in the pivotal roles. The duo can be seen managing life with their 3 children who are dealing with something or other. All 9 seasons of the show will be airing on Comedy Central.

One of the best and most high-rated mockumentary sitcoms ever created in history, The Office is all set to feature its episodes on Comedy Central. The show depicts the everyday work lives of office employees at the Scranton, Pennsylvania, branch of the fictional Dunder Mifflin Paper Company. Created by Ricky Gervais and Stephen Merchant, the show stars some of the best actors such as Steve Carell, Rainn Wilson, John Krasinski, Jenna Fischer, Mindy Kaling, and Ed Helms. Watch the award-winning show The Office Season 1-9 exclusively on Comedy Central.

An Impressive Q3 from Brightcom Group

Deshpande Startups organizes Startup Gravity – a unique event aimed at boosting entrepreneurship from Bharat, for Bharat and Beyond