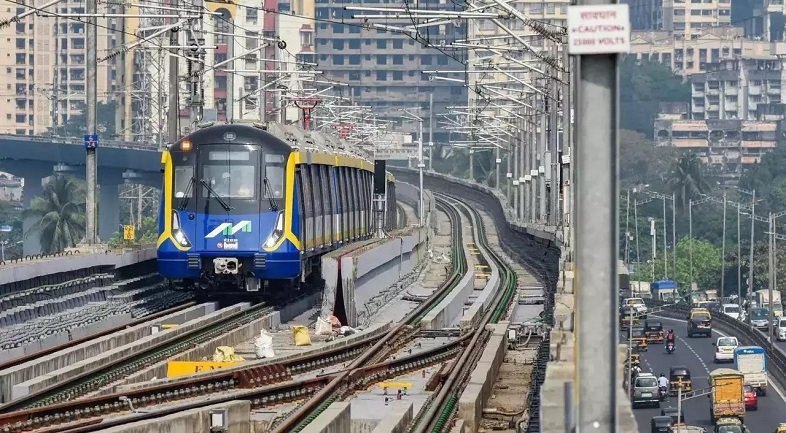 Hon. Prime Minister of India Shri Narendra Modi ji will flag off the Metro services of Lines 2A from Dahisar to DN Nagar, Andheri (W) and Line 7 from Dahisar to Gundavali, Andheri (E) on January 19, 2023. Both these lines will run parallel in the western suburbs and will augment the existing road and rail transport network which is overstretched and has reached a point of saturation.

These latest additions to the metro network in the western suburbs will enhance connectivity, improve ease of traveling and reduce travel time by more than half. The western suburb is the most preferred housing destination among home buyers in Mumbai with scores of premium housing projects dotting this area; stretching from Bandra all the way to Dahisar. The western suburb attracts the affluent segment of home buyers; Bollywood stars, industrialists, NRIs, business tycoons; basically the cream of society, all vying for a piece of land here.

Commenting on the impact that these new metro lines will create, Ms. Shraddha Kedia-Agarwal, Director, of Transcon Developers said “Home purchasing has picked up pace in Mumbai and the residential segment in the western suburban areas is shining in its full glory. It has become the most preferred choice of area for homebuyers mostly because of the upward movement of the completion deadlines of core infrastructural projects such as Metro 2A and Metro 7. The western suburbs are witnessing traction in the high-end residential segment; the growing number of projects is a response to growth in demand. Everything from business hubs, domestic and international airports, and Western Express Highway to hubs of entertainment, hospitals and educational institutions are in close proximity. Infrastructure is another key factor where metro rail connectivity has helped and the new metro links in the region will put the area on a realty growth track. We can expect the prices to increase by 2-5% as the new metro lines become operational and the micro markets around the metro would see an upbeat demand.”

Reiterating the same, Mr. Himanshu Jain, VP – of Sales, Marketing & CRM, Satellite Developers Private Limited said “The regions around the Metro rail lines in the western suburbs have grown to be sought-after housing destinations in the city due to the presence of several gated communities, luxury apartments, and commercial spaces. The areas surrounding the metro corridor in the western suburb of Mumbai are becoming an epicenter of realty transactions, both for end-users and investors. Altogether, taking into account the planned infrastructure and initiatives like enhanced metro connectivity and the increasing demand for office properties, one can expect considerable growth in the real estate market of these regions in the near future. Called the suburb with innumerable opportunities, the western suburbs boasts everything from connectivity to social infrastructure to an urban lifestyle that is driving both end-users and the developers equally to it. With so much infrastructure development coming in this area, it definitely promises to be a safe bet for your real estate investments for all price categories.”

The property rates in the western suburbs are much higher as compared to the central suburbs. This is due to the fact that this suburban stretch has excellent social infrastructure in place, housing top educational and healthcare institutions, entertainment and retail hubs, etc.

With the new metro lines operational, the residential housing and commercial property market will get a further boost and we can expect property rates to move further north.

Speaking on home buyer benefits due to the opening of these metro lines, Mr. Samyak Jain, Director – of Siddha Group said, “These metro lines will be of immense help to people living on this stretch of the western suburbs; giving a further boost to the existing road and rail network in Mumbai. It will provide ease of travel to commuters and bring down the travel time by more than half, allowing them to spend more quality time with their family. These new lines have the potential to draw more and more prospective home buyers to this corridor. We feel that the fence sitters should buy now as property rates are bound to move upwards very soon.”