Mumbai, 14th September 2022:  Mpower, an initiative by the Aditya Birla Education Trust, organized a street play to create awareness about ‘Suicide Prevention’ among the youth of India. Mumbai’s Western Railways lent their support to the cause by hosting the street play at one of Mumbai’s busiest railway stations at Churchgate. The play was written, directed and performed by the students of Whistling Woods International. The venue served a strategic purpose and ensured that a large number of youth who travel on the Mumbai locals are reached out to and the message of suicide prevention is spread far and wide. Data released by the NCRB in 2021 highlighted that students are the second most likely cohort to die by suicide due to reasons such as bullying and exam pressure. Thus, through this initiative, Mpower aimed to involve youth from across various educational institutes such as the Garware Institute of Career Education and Development, Abhinav Shetkari Shikshan Mandal College, ATLAS SkillTech University. The city’s esteemed Sophia College also performed this street play as part of their college festival, Kaleidoscope – which attracted hundreds of college-going students across Mumbai and raised awareness that suicide can be prevented with the right intervention and support. 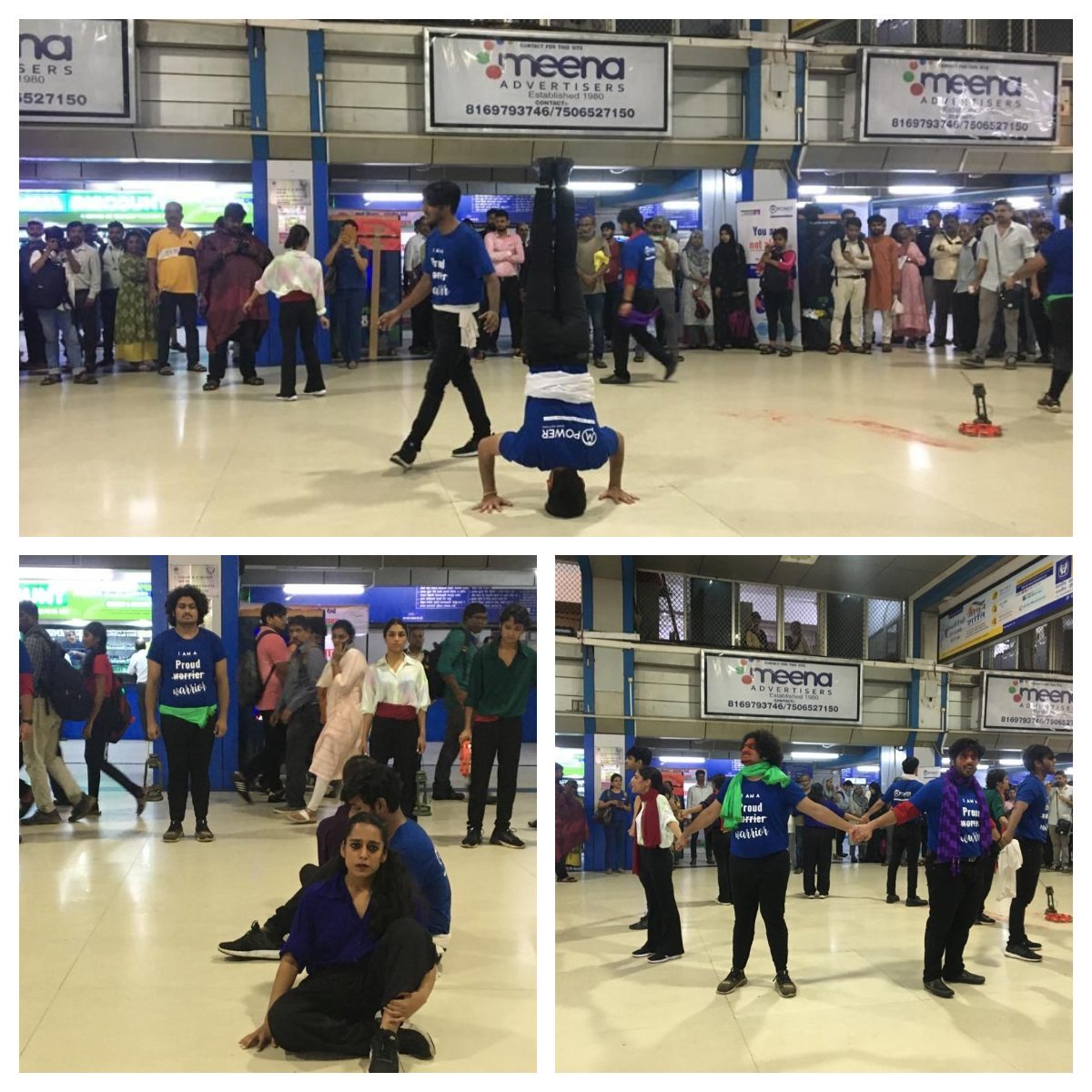 Mpower took inspiration from the triennial theme for World Suicide Prevention Day from 2021-2023, i.e. Creating Hope Through Action. In addition to such awareness campaigns, Mpower is also a multi-disciplinary mental health service provider that runs a 24×7 toll-free helpline number – 1800-120-820-050  that helps those in distress to gain access to mental health professionals and experts.

Speaking about the event, Dr. Neerja Birla, who is the Founder & Chairperson of Mpower, a mental health activist and an educationist, commented, “For far too long now, suicide has been relegated to the fringes of public discourse. But this cannot continue, because estimates from The World Health Organisation state that every 40 seconds, someone takes their life and that over 800,000, which is close to one million people, die by suicide every year around the world.[1] India is not to far with  1,64,033 Indians committing suicide in 2021. These statistics are heartbreaking to listen to and we know that the mental health crisis has only worsened during the Covid-19 pandemic. Mpower is, thus, proud to be spearheading this initiative. Our aim is to ensure that the issues of suicide and mental health are brought to the forefront of society and can be discussed openly without any shame or stigma. This is the first step towards developing actionable plans to help deal with this growing crisis that impacts people all around the world.”

Sumit Thakur, Chief Public Relations Officer, Western Railways, also spoke about the street play initiative and said, “Suicide is a very important issue in our society today. Every year, we see thousands of people across the country taking their own lives, the time has now come to address this matter and truly help people. We are proud to be doing our part by collaborating with Mpower and lending the Churchgate Station’s premises to students performing a street play. Increasing awareness among the public is one of the most crucial steps toward tackling suicide prevention and what better way to showcase the cause than at a key railway station that attracts close to 8.4Lakh passengers every day.”

Meghna Ghai Puri, President of Whistling Woods International said, “Our association with Mpower is a step towards bringing a positive change in the way mental health and well-being is perceived. The stigma around mental health will only diminish with consistent and conscientious efforts to raise awareness. Through this association, our hope is to promote honest conversations around mental health and well-being through a series of plays curated by Whistling Woods International. We aim to do our bit in creating an ecosystem, where people don’t hesitate to seek help for leading a life full of positive self-worth.”