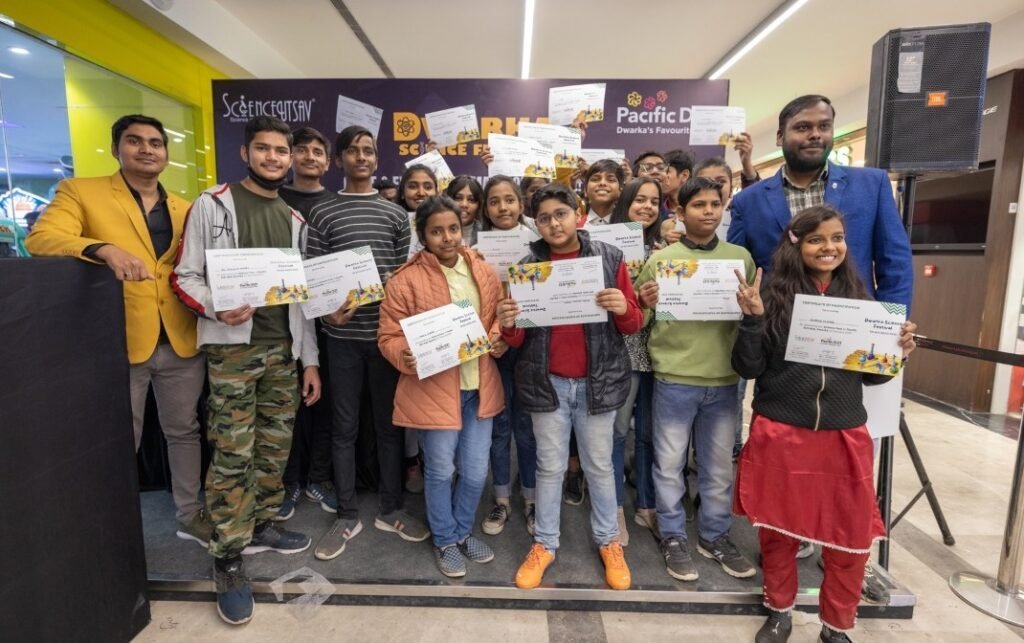 Pacific D21 Mall, Dwarka, in association with science-based workshop coordinator Science Utsav organized a two-day science fest for students known as ‘Dwarka Science Festival’ on 14th and 15th of January. Special workshop activities were held for children to check and enhance their perceptibility, cognitive skills, thinking abilities, and the capability to reflect, innovate, and reimagine things.

Around 500+ kids attended the workshop with their families and participated in many activations such as Colour Changing Experiments, Bubble Art Tests, Shoot The Wizards, Ghost Helicopter Takeaway, and Hologrom Toy Takeaway. 30 kids showcased their projects and impressed judges with their out-of-the-box thinking and innovations.

The children enjoyed the hands-on activities and appreciated the games organized for their holistic learning. The intent of the science workshop was to introduce and streamline ways in which students can be taught abstruse scientific concepts, methods, jargons, terminologies in a whacky, entertaining, and playful manner. Parents also refreshed their minds with new techniques to make their children learn and adapt to better models of pedagogy.

The participants received a certificate of participation signed by both Pacific Mall D21 and Science Utsav. Some of the best science projects were featured at the fest.

Abhishek Bansal, Executive Director, Pacific Mall D21 Mall, Dwarka, said, “Children have the most imaginative minds. The science fest held at Pacific D21 Mall, Dwarka, was an opportunity for students to put their productive minds to use and stun us with their brilliance and aptitude. This is exactly what happened at the science fest, and we were pleasantly surprised by innovations presented by the children.