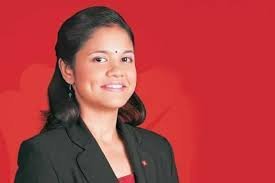 Besides a routine interest in the annual presentation, the FY24 Budget comes ahead of a busy state poll calendar in 2023 followed by general elections in 2024. In the face of a downbeat global growth outlook and a busy domestic election calendar, would be prudent to pursue fiscal consolidation. Our vote is for a yes.

Firstly, macro stability will be important in a year of less than conducive financial markets backdrop – high US interest rates and tight global liquidity. Next, it is commendable that the central government was focused on returning to a path of consolidation in the past two years, with a high likelihood that the FY23 budgeted -6.4% of GDP will be met. In keeping with the FY26 glide path, we expect the FY24 target to be set at -5.9% of GDP, notwithstanding a lower nominal GDP growth assumption. Notwithstanding political compulsions, outright measures to directly boost short-term consumption are unlikely, helping to keep additional spending and incremental inflationary impact in check. Lastly, fiscal, and monetary policies should be complementary by keeping excesses in check this year. We expect a three-pronged focus. The rural economy and social welfare push will be a key thrust area. The recent easing in rural inflation and a solid start to rabi sowing will help the near-term momentum. Besides, the non-farm rural sector is benefiting from backward linkages to a pick-up in urban business activity, and policy support is also likely. One potential area is increasing allocations towards the rural employment scheme, MNREGA vs FY23’s INR 730bn (0.3% of GDP). Besides this, other focus areas include further impetus to allied schemes such as crop insurance, rural road infrastructure, low-cost housing, power and utilities, food-processing industry, etc. Backstopping urban employment focus by channeling resources towards skill/ vocational training and upgradation. Savings on subsidies will help consolidate expenditure vs FY23.

Next, there could be a broadening of the support for manufacturing and supply chain rejig. Fiscal incentives, like the production-linked incentive scheme, have benefitted many sectors, especially electronics, including the production of mobiles. Concurrently, investments in traditional sectors, including textiles, auto components, metals, mining, etc., are also gaining traction. As of December 2022, 650 applications have been approved under 13 Schemes. Finally, the need to spur a revival in the investment cycle still rests on the public sector, even as a slowdown in global growth and tighter financial conditions emerge as speedbumps for private sector activity. Notably, the move towards higher transparency in the budget math by onboarding off-budget spending will translate into an increase in the share of the center’s Capex, whilst moderating that of the CPSEs, leaving overall public sector growth largely steady.

The forward-looking direction for bond yields will hinge on the makeup of the FY24 borrowings. Working with our estimate of the deficit scale, gross bond issuance is likely in the region of INR 15.5trn (including INR 4.4trn repayments due in FY24, including GST compensation). Market conditions in FY24 face uncertainties. States have lined up bunched-up borrowings in 2HFY23 and will watch for the continuation of the interest-free loans and devolution details for the upcoming fiscal year before gauging their revenue/ borrowing needs for FY24. Concurrently, liquidity surfeit will be narrower than last year. Lastly, banks’ credit pickup has lifted the incremental credit deposit ratio, restricting banks’ appetite for the incremental supply of bonds. Either way, domestic investors will be key in the bond markets, much like recent years, while markets eye announcements to facilitate the inclusion of INR bonds into global indices.