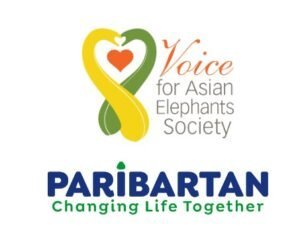 Just imagine a state where elephants can wander about safely and there are no unnatural elephant deaths! That dream may be closer to reality, as a California based elephant conservation organization, Voice for Asian Elephants Society (VFAES), is doing everything possible to save the endangered elephants of Odisha.

The Founder of VFAES, Sangita Iyer, an award-winning documentary filmmaker, broadcast journalist, author and biologist, is traveling all the way from North America to unveil a major project. And select media outlets in Bhubaneswar are cordially invited for this very significant inaugural event February 10, with an opportunity to have an intimate conversation with her, especially if you are wondering why someone from North America would want to save Odisha elephants.

There will also be an exclusive screening of three short films that exposes the grave threats facing Odisha elephants. They were produced and directed by Sangita Iyer as part of her Asian Elephants 101 series supported by National Geographic Society, world premiered on multiple Nat Geo channels.

As forest resources rapidly dwindle in Odisha due to development pressures, distressed and famished elephants are entering villages/ cropland to find food and water, intensifying human-elephant-conflict resulting in an unprecedented number of human and elephant deaths. According to India’s CAG report a staggering 1,160 elephants have died in the past 10 years.

Human-elephant conflict is escalating across Odisha with a whopping 947 elephant deaths in the last 10 years. Human population growth and demand for resources, relentless diversion of elephant habitats, loss of habitat, damage to corridor health due to mining, construction of canals, railway tracks and multi-lanes highways are all fragmenting the forests, driving elephants into villages.

There is an urgent need to implement mitigation measures to save elephants, in the wake of the growing threats against India’s Heritage Animal. Restoring degraded habitats and creating waterholes in their habitats will be a small step forward to prevent them from venturing into human habitation for food and water, and save people and elephants. Tribal community members will be trained and employed, creating job opportunities and sustainable human communities, which will mitigate human-elephant conflict and reduce animosity, fostering a peaceful coexistence.

The proposed measures that will be unveiled at the event are a roadmap to protecting the endangered Asian elephants and their habitat/ corridor. In the long run it will benefit elephants and humans – ecologically, culturally, and socio-economically, as people will begin to realize the value of protecting elephants. This project is being implemented in collaboration with local partner PARIBARTAN, villagers and forest officials.