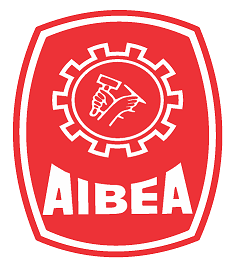 New Delhi: All India Bank Employees’ Association invited Comrade Binoy Viswam, Former Minister, Kerala in their ongoing National Seminar series to share his perspective on the theme People’s Money for People’s Welfare. In his speech, he reiterated the significance of vibrant banking for the future of the country, and the fact that banks belong to people. The speaker pinpointed the growing privatisation owing to corporate influence.

“Don’t throw that money for the easiness and good of corporate. Don’t waste that money for the greed of rich men of this country,” said Comrade Binoy Viswam Former Minister, CPI, Kerala. The speaker further added, “Our ministers say in the chorus that the BJP government committed to saving the wealth creators for the country. However, what they did not mention is that to them the wealth creators are only the super-rich people like Ambani’s, Adanis.”

The speaker threw light on the intentions of the government to crucify the public sector banks, and PaSUs to create more ground for corporates to own. The government has been advocating marketization saying that ‘market knows everything, market trends decide everything’, which has impacted banks, economy, and country’s development to a great extent. “Capitalism is pushing the country towards the crisis which leads to the end,” said Binoy Viswam.

He concluded by saying, “the defaulters are not the common man but the rich people, and all the defaults are not accidental, these are willful defaults, AIBEA published those names openly in front of the nation.” Through the ongoing seminar series, AIBEA is establishing the significance and vital role that nationalisation of banks plays in the growth of the economy. The association has presented its standpoint against the privatisation of banks that eventually belong to the public.

Huawei’s Ryan Ding: Ongoing Innovation Is Lighting up the Future of Every Industry