Kolkata, 12 April 2022: In a bid to celebrate innumerable festivals of Bengal, India’s first Karaoke app Star Manch has launched its first album “Baro Mase Tero Parbon on Tuesday at the Press Club. The first song of this album “Poila Shobar Thaak” was also launched. The star-studded event witnessed the presence of famous names in the Bengali music industry who are also the singers of the song ‘Poila Sobar Thaak’, veteran singer Srikanta Acharya; singer Lopamudra Mitra and the composer of the song Joy Sarkar. The lyrics of the song have been penned by Srijato. 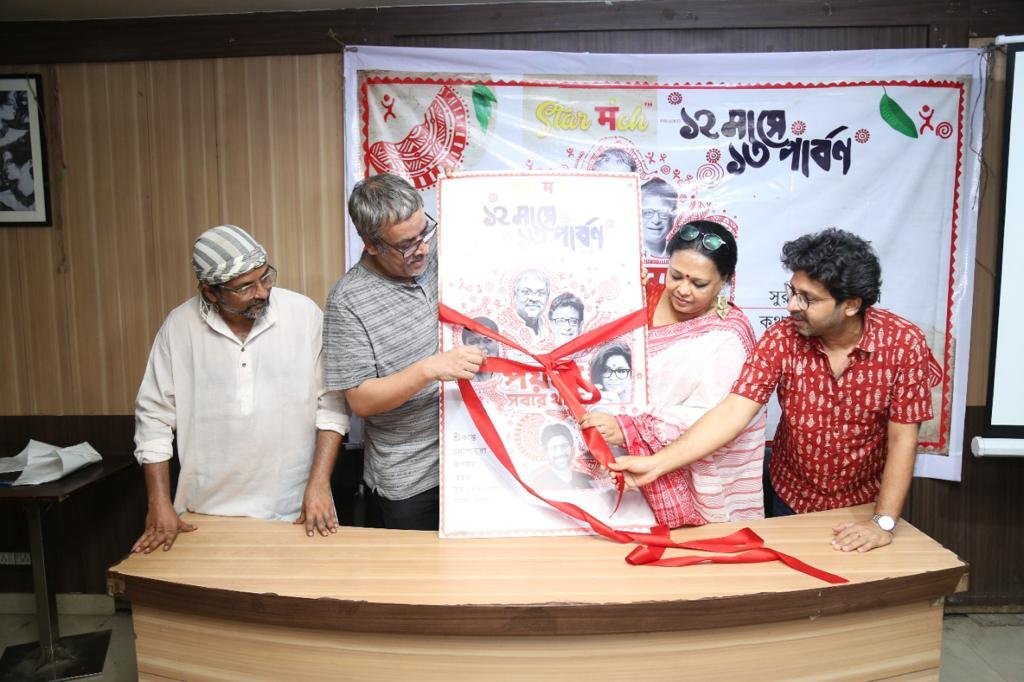 “Poila Shobar Thaak” has been composed to set a perfect mood for the approaching Bengali New Year and how special the day is for Bengalis as it marks the dawn of ample opportunities waiting to be discovered by us. The feeling of something ‘First’ is very special to all of us and we try our best to make it perfect with every possible thing. The name of the album truly justifies the daunting spirit of Bengal to celebrate occasions even at a time when time is a rare luxury in the rapidly changing world.

Mr. Randeep Bhattacharya, CEO of Star Manch mentioned in this regard, “The first of its kind Bengali song made at the onset of Poila Baisakh with a bunch of stellar artists of Bengal promises to strike a chord with its audience and Star Manch is hopeful to release the next songs of our first album very soon.”

Teaser Launch: The teaser of a new film titled Nathuram Godse: The Untold Story being made under the VSG Music launched today