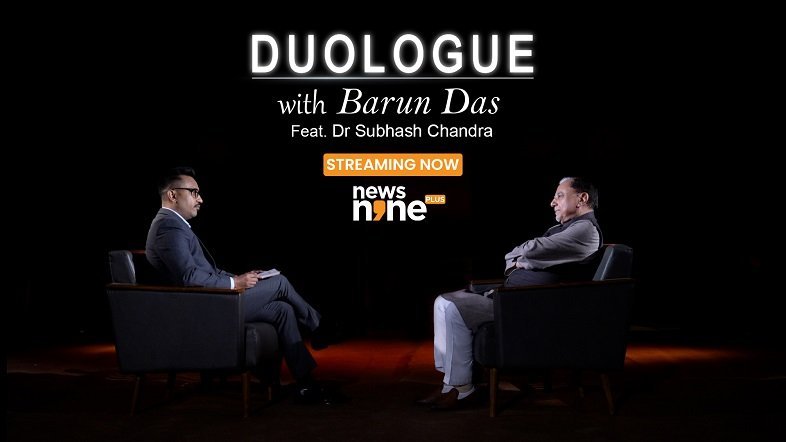 The maverick businessman who openly professes his love for RSS, doubts the efficacy of Arvind Kejriwal and AAP for the nation. On the business front, the never-say-die entrepreneur is eyeing a 25 percent stake in ZEEL, a company he founded but lost control of recently.

Noida, January 09, 2023: Dr. Subhash Chandra wears many hats! And for those who love him as much as they detest him, he is an enigma. But in ‘Duologue with Barun Das’, the man who pioneered private television in India, bares it all, no holds barred.

Be it about his politics, business, or human resource management, Dr. Chandra opens up to Barun Das as the latter probes him intently on many contentious issues summing up the journey so far of someone who the world hailed as a media mogul.

So to say, confiding in his former news CEO Barun Das, who is currently MD & CEO of TV9 Network, Dr. Chandra traverses the journey of life marking its highs, and lows from his early days as a rice exporter. ‘Duologue with Barun Das’ draws the media and entertainment thought leader persona like never before.

For instance, when the talk is about Dr. Chandra’s recent electoral loss, ‘Duologue with Barun Das’ has him turn philosophical.

The insightful conversation actually draws the Haryana-bred entrepreneur into a myriad of unseen, unheard and unknown emotions – sublime to subtle to sagacity to serendipity.

On being described as a creator and destroyer, Dr. Chandra wears a grudging smile as if receiving it (the comment) as a compliment. ‘Duologue with Barun Das’ featured a review of Dr. Chandra’s performance as a business leader, especially the focus on human resource management at the leadership level with top exits generating headlines for the right or the wrong reason.

Dr. Chandra opens up on his date with politics, his love for the idiot box, restlessness with some “bad hires” and his newfound love for Japan (Sony). Or, in response to a question on the loss of control of ZEEL (he founded as a young businessman), the chairman emeritus of the company says he has not thrown in the towel yet.

Incidentally, Dr. Chandra had turned to Barun during the ZEEL takeover, making a passionate plea for “saving Zee” and this did come up during the show, with Dr. Chandra identifying those he wanted the company to be protected from.

‘Duologue with Barun Das’ has Dr. Chandra dwelling at length on the political landscape in the country with Barun quizzing him on his love-hate relationship with AAP convener Arvind Kejriwal.

Answering a pointed query on how he sees the future of Mr. Kejriwal and AAP given that he has been aspiring to be a challenger to Mr. Modi, the Zee founder didn’t shy away from expressing himself openly. “I doubt that the Aam Aadmi Party and Arvind Kejriwal will do any good for this nation.”

On the corporate takeover of media (in reference to the Adani-NDTV deal) question, Dr. Chandra put up a straight bat but not without having a swipe at the business magnate who now owns NDTV.

EP2: The Business of Life

Duologue with Barun Das is a cerebral conversation with a legend or a legend in the making. As the title suggests, it is a two-way interaction to enable the exchange of ideas in a free-flowing manner. Duologue is not provoked by headline management but to evolve emancipated influencer conversations.