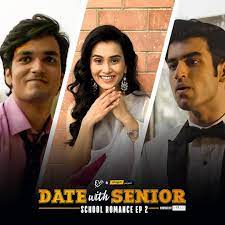 The OTT platform provided its viewers with the ability to access material from all over the world. With competition at its peak, Indian series writers, directors, actors, and producers are only looking to put their best foot forward in order to win over their audience (who have become picky and harsh critics). While many Hindi web series failed to deliver on their promises, some made their mark and received widespread adoration.

With the audience’s attention dwindling and the horizons of societal norms widening, OTT platforms with their fresh, novel, and path-breaking content are the harbingers of this digital revolution. Web series are becoming popular, not just due to their content, but also due to their easy availability and affordability

Sometimes it can be challenging to find a movie that is free to watch, but YouTube offers a huge library of these kinds of Web series listed below:-

Everyone has a crush, school crush, college crush, or neighborhood crush but only a few of them turn into love stories. Some never get a chance to express their feelings and others become one-sided love stories. Check out this amazing web series Date With Senior- School Romance which is a Hindi Drama web series with ANUSHKA SHARMA and PARIKSHIT JOSHI in the lead role. It is currently streaming on Youtube.

If you’re someone who is looking for something fun to binge-watch, NCR Days offers a perfect script that has all the ingredients of an entertaining web series. The series focuses on friendship and the subsequent struggles people go through in their lives. It also shows how people from different cities struggle and try to blend into the new city culture. The show aired on YouTube Channel The Timeliner.

School Chale Hum is the story of two best friends Sameer and Sunny and how because of their notorious ideas they end up in trouble each time. Their life takes a new turn when a new girl Janya joins their class. Crazy to impress her in every manner, our boys as always end up in big trouble. So watch this full series for some crazy school masti!

Tuition Ke Baad is a Hindi web series that is easily available on Youtube. The web series has five episodes and is a perfect blend of emotions filled with friendship and love. An unconventional story of four friends – Shole, Aashiq, Tantrik, and Jhatterburg who are worst in their studies but very good by heart. The short episodes of ‘Tuition Ke Baad’ make it binge-worthy and entertaining and is definitely a must-watch for people looking for sheer entertainment this weekend.

The playground is India’s first unique eSport gaming + entertainment series that is divided into four teams. Each team is owned and mentored by Asia’s gaming superstars namely CarryMinati, Triggered Insaan, Mortal, and Scout. In a perfect amalgamation of gaming and entertainment, the unique show brings India’s best-known gamers to the fore, presenting them like never seen before. The show was first aired on Amazon Mini TV and immediately struck a chord with the viewers. And recently, it has also been released on YouTube to enhance its reach. Apart from the popular Indian gamers, the show also features RJ Mahvash, Actor & VJ Benafsha Soonawalla and RJ Rohit Varghese as pragmatic hosts.