New Delhi 26th December 2022: Indian Association of Russian Compatriots (IARC) and Russian House jointly organised New Year celebrations with the objective of promoting Russian Art, Culture, Traditions and the Russian language by the Indo-Russian community at the Russian House, New Delhi. The event was attended by families of Indo-Russians, Russians, Indians, school kids and orphans. The idea of this event was to educate and bring India closer to Russian culture and its principles through children. 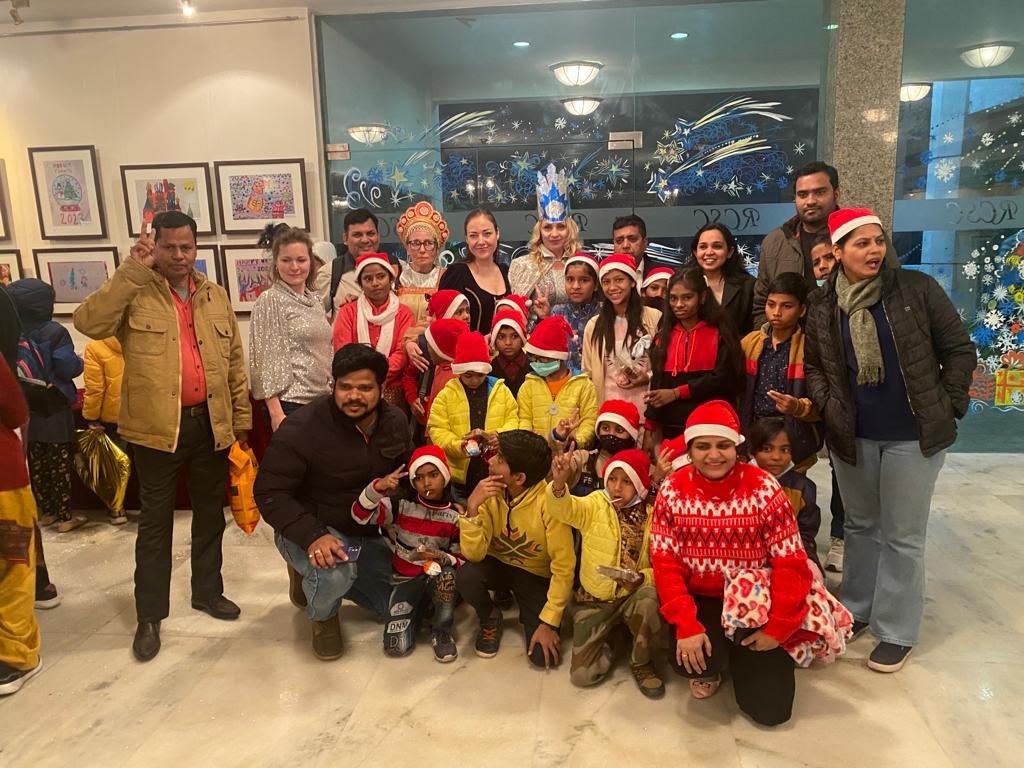 The participation of children from Indo-Russian backgrounds made this event even more special. There was an exhibition displaying paintings made by children from across India followed by celebrations.

On the event Mrs. Elena Barman said “There is a dire need of empathy and love in today’s world and through this event we want to contribute to the Indian as well as the Russians living in India a sense of affinity towards each other. We as a team always strive to promote the education and ethics of Russia and want to carry forward the legacy of 75 years old unbreakable bond between the two countries”

The event was for Russian and Indo-Russian children, in their cultural exchange for New Year celebrations. The center of attraction was the story of grandfather frost and snow maiden, which was organised for the children. The main goal was to promote Russian culture and language.

Mr. Oleg Osipov, Director of Russian House, India said “We are very glad to organise the 10th edition of this event with the support of the Russian Embassy to spread the Russian culture and values among our Indian brothers and sisters and give them a once in a lifetime experience to witness the celebrations”

The future plans aim to include and involve as many Indian and Russians as possible, the real flag bearers to be the brand ambassador of the country.