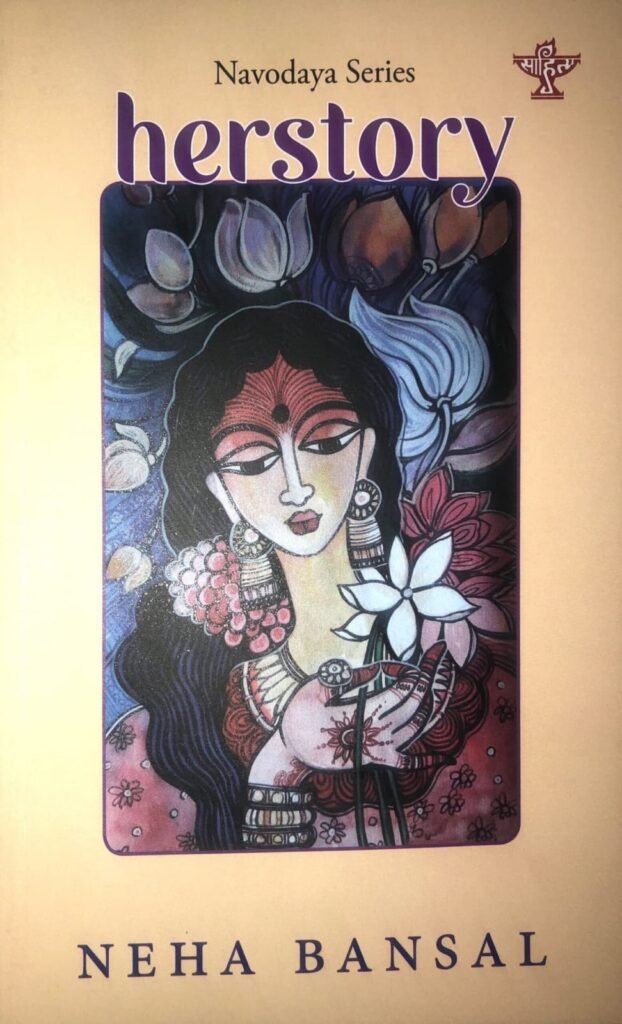 ‘Herstory’ a poignant new collection of poems by Neha Bansal, a career civil servant aims to throw a fresh perspective on the lives of the others. When I say others- I mean we all know the stories of Bheem, Arjun, Ram, Lakshman and Ravan but have we ever bothered to think of the lives of Hidimba, Draupadi, Urmila, Mandodari or Meenakshi?

Perhaps not. Bansal’s work aims to rectify and redress this injustice and bring these women’ stories or ‘Herstory’ into the panoply of a modern vibrant literary canon.

One thing that jars about ‘Herstory’ is that there are broadly three themes to Bansal’s work- ‘poems reinterpreting’ mythology, poems of experience and observation and poems of introspection. While all three contribute to the rich tapestry she weaves for us, interspersing the poems dulls the impact of each thematic unit. The anthology would have been better served with a bit of sequestration of themes.
There are echoes of Ezekiel in Arranged Marriage: The ‘old fashioned way’ and the Modernists like Eliot and Auden throughout. Largely written in free verse the poems are not without stylistic ornamentation or lack of scansion as the poet makes clever use of rhythm and rhyme to sharp effect.

Another aspect which stood out very distinctly was her use of colorful imagery and words for colours which left a vibrant image in the mind. I can recall at least five different shades of blue mentioned each with its relevant iconography.

Her work makes us pause after each poem of ‘Herstory’ and introspect on our own biases and prejudices and hopefully makes us wiser in our own treatment of the other half of humanity (not just women).

The best thing a work can do is provoke you to write a riposte to some of what is written. One cherishes the possibility of telling the story of Ghatotkacha and Vibhishana and Laxman beyond the trite popular observations on them. Sometimes there are not just two sides to a story but rather three.

In that I can say Bansal has succeeded in provoking deeper cogitation so that there may be as many stories as there are individuals. This is not just about Rosencrantz and Guildenstern but about each one of us and our perspectives!

A student of English literature, Neha Bansal is a literature buff and has had the good fortune to teach literature to both undergraduate and postgraduate classes until she joined the civil services. An officer of the 2010 batch of the Indian Administrative Service, Bansal is a Commissioner of Food Safety in the Government of NCT of Delhi. Her interest lies in reading literature, history, mythology, and travel writing.

Ms Bansal’s book, “Herstory”, is an anthology of poetry that has been published by Sahitya Akademi. Through her poetry, she attempts to give a voice to the hitherto voiceless as it makes the given grand narratives, which she sees as mighty and infallible fortresses, a little less formidable. This is her first collection, and she hopes to continue writing

Deity of Power: from commoners to politicians, everyone worships for strength and stamina