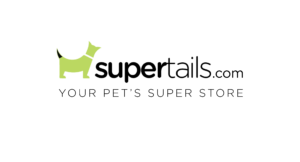 Supertails.com, a digital pet-care platform that supports the ever-increasing pet parent community, has collaborated with celebrity influencers, Karishma Tanna and Shrishti Dixit to kick off their standalone yearly sale- THE SWAG SALE 2022. In an interesting turn of narrative, the campaigns challenge popular culture and its common exclamations that throw a negative light on the life/behavior of animals.

Karishma with her adorable Shitzu, Koko, and Shrishti with her sassy tuxedo cat, Patch made for strong collaborations with their individual pets stealing the show and how. The underlying theme emphasises how the construct of a ‘sale’ is the norm for commercial cycles for humans- and thereby another sale, apart from affecting wallets, wouldn’t really affect the consumer’s consideration span. But Supertails don’t work for humans, they build the lives of animals. And therefore, their sale is bound to be different, and so big and fabulous that humans will, after all, want to live an animal’s life. 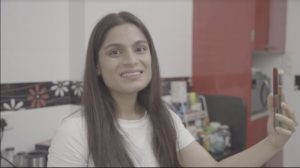 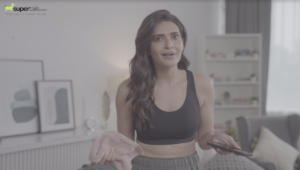 The ad films, ideated by their in-house team and produced by Eipi Media, lead up to the two stars finding themselves in difficult situations and lamenting how their lives have become equivalent to an animal’s life of drudgery. But the realization dawns soon- their pets live their best lives and are going to get even more Swag on with the upcoming Super tail sale. The film ends with them longing to live their pet’s life.

Speaking on the campaign, Vineet Khanna, Co-founder of Supertails says, “This sale event is geared to be our annual event- an event that is more than just a commercial ticket but really a time where we come together to truly celebrate our real Swag Masters- our pets in all their glory. They make our lives more fun, more spectacular, more endearing- it just makes sense to bring together an event where every pet parent can access the best of things for their pets.”

Talking about the campaign’Rohit Reddy’Eipi Media said, “Bringing together campaign shoots is a tedious task but a pet care brand means animals on sets- shooting with these furry stressbusters was a riot that had everyone smiling. The campaign’s essence is also an interesting take on the market. Plus as a pet parent, it resonates to work with a brand that is a laser focused on making pet parenting enjoyable.”

With the pets wearing the sunglasses and looking dapper, it becomes a strong mnemonic that Supertails is taking forward to stitch the campaign visually across social media, its website, and its ad films. One thing’s for sure- this campaign is bound to get some awwws and ooohs from pet parents and lovers alike.

Know more about Supertails at supertails.com.

Deity of Power: from commoners to politicians, everyone worships for strength and stamina