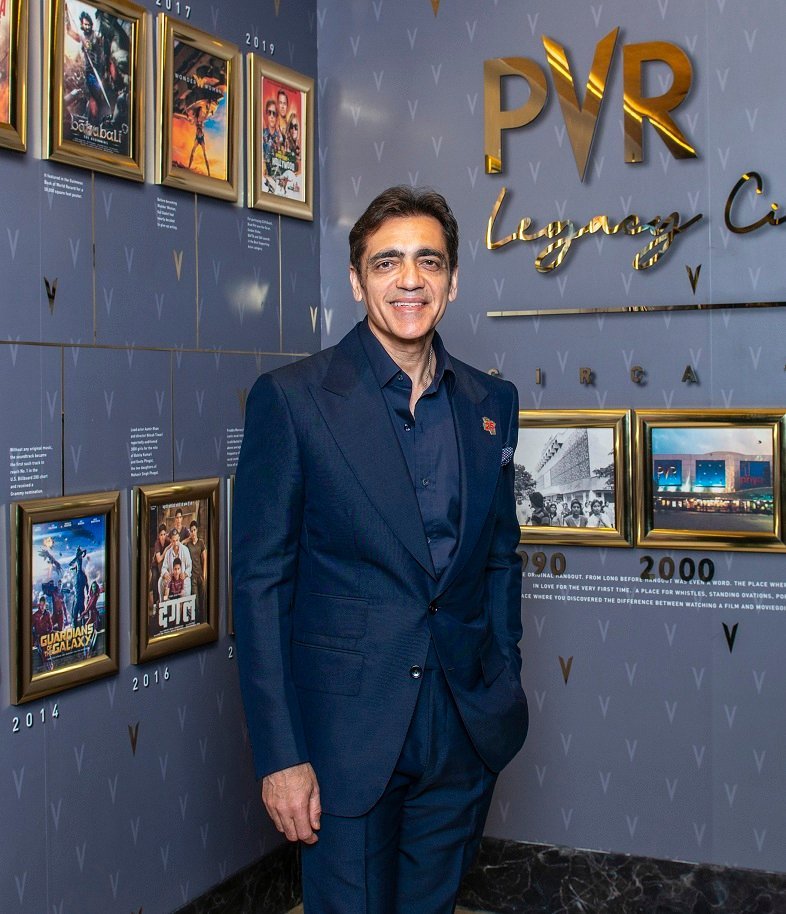 India 9th January 2023: PVR Cinemas, the largest and the most premium film exhibition company in India has achieved a major milestone of reaching 900 screens in its journey of 25 years across 181 properties in 78 cities, setting a new benchmark in the Indian multiplex industry. PVR accomplished this landmark after it opened 3 new multiplexes in Jaipur, Bengaluru and Gurugram with a total count of 19 screens today. The opening of these cinemas is in accordance with the expansion strategy of the company to open over 100 screens in the current financial year.

Adding a new city to its national circuit, PVR marks its debut in Jaipur with the launch of its 8-screen multiplex, the largest in Rajasthan unveiling its fourth property while introducing premium screen formats like 4DX and LUXE for the first time in the state. The property located at the Mall of Jaipur has a seating capacity of 944 audiences with plush recliners and best-in-class theatrical solutions including SP4K Laser projectors, Dolby Atmos audio, and Next-Gen 3D technology.

Further expanding its footprints across the country, PVR announces the launch of its 13th property in Bengaluru and 17th property in the state of Karnataka with a 7-screen multiplex at Bhartiya Mall of Bengaluru at Bhartiya City with a seating capacity of 1343 audiences featuring premium screen formats including the 5th 4DX and 2nd P[XL] in Bengaluru.

PVR enhanced its screen portfolio in Gurugram with the launch of its 7th property in the city and the 12th property in Haryana with Elan Town Centre, a 4-screen multiplex with a seating capacity of 561 audiences with last row recliners, SP4K Laser projectors, Dolby 7.1 audio, and Next-Gen 3D technology.

Commenting on the milestone achievement, Mr. Ajay Bijli, Chairman and Managing Director, of PVR Limited, said, “It is a moment of great pride for us at PVR to reach the 900 screens milestone which is a result of the support that we have received from our patrons, partners, developers and our teams over the past 25 years. With the opening of the 3 new properties on a single day, we have successfully reached 63 screens in our overall commitment of opening 100 screens by FY 2023. As we prepare ourselves for the year ahead, which we believe is the year of cinema entertainment, we are gearing up to enthrall our patrons across the country with an out-of-home entertainment experience like never before.”

PVR pioneered the multiplex revolution in India in 1997 and over the years has continued to stay relevant to the evolving preferences of consumers, changing times, and the ever-changing entertainment landscape.

‘’It is indeed a momentous day for us as we reached the magical milestone of 900 screens. PVR benchmarks itself with the best in the world and is constantly exploring invigorating new experiences that are meaningful to audiences. We are now looking forward to the next milestone of 1000 screens and are fueled with the passion to provide a more delightful cinematic experience to people across geographies and demographics”, said Mr. Sanjeev Kumar Bijli, Joint Managing Director, PVR Limited.