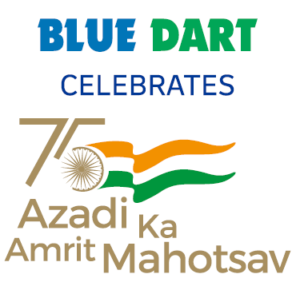 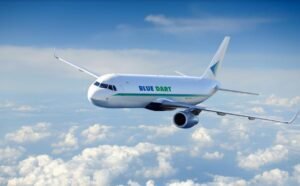 The new stores will widen Blue Dart’s presence in Tier I & II markets in India. The expansion will act as an advantage for customers enabling Blue Dart to cater to 55,000 plus locations. With around 700 retail stores(with DHL) across India, Blue Dart offers the most reliable, resilient, and responsive service providing a quick turnaround time and an enhanced direct reach to pin-codes in the country.

Ketan Kulkarni, Chief Commercial Officer, Blue Dart says, “As pioneers in Express Logistics and the Nation’s trade facilitator we understand the growing logistic needs. The retail expansion will widen our network and improve accessibility to our customers. We will continue to identify new locations and will further expand our reach in order to improve last mile logistics to the remotest parts of the country.”

Integrating with the ‘Azadi Ka Amrit Mahotsav’ and the ‘Har Ghar Tiranga’ campaign, Blue Dart has planned multiple patriotic activities which will be executed at all stores. India’s 75th Independence will be celebrated with much grandeur and most importantly will connect with the ‘Har Ghar Tiranga’ campaign. 75,000 flags will be distributed at all Blue Dart stores in the country to invoke the feeling of patriotism in the hearts of all creating awareness about the Indian National flag.

Commenting on the Independence Day campaign Ketan Kulkarni says, “Azadi Ka Amrit Mahotsav is a historic movement that will decode India 2.0 for the future generations. Blue Dart is a, ‘People Centric’ brand and we want to be an integral part of all the festivities that our customers, our employees and our stakeholders celebrate. India’s 75th independence is a celebration of patriotism which we would like to rejoice. Our new stores will illustrate special independence day appeal and will ensure that we keep the Tiranga flying high as we participate in the ‘Har Ghar Tiranga’ campaign.”

Customers visiting Blue Dart stores will also receive specially designed merchandise like taffeta bags, key chains, and much more. Adding to the festivity, Blue Dart will conduct a National Quiz themed on the freedom movement on all its social media platforms. To keep up the patriotic spirit, all the front-liners will also wear an ‘Azadi Ka Amrit Mahotsav’ badge.

As a part of the DPDHL Group, Blue Dart aligns itself with the Group’s Sustainability Roadmap and continues to work towards clean operations for climate protection (Environment), being a great company to work for all (Social) as well as being a highly trusted company (Governance). As a Sustainable Provider of Choice, Blue Dart was among the first to set a quantified carbon-efficiency target. In 2011, Blue Dart was the first in the country to launch an end-to-end GoGreen Carbon Neutral Service, on all its products; domestically and internationally. To add to this achievement, this year on World Environment Day, 05th June 2022, Blue Dart also signed the Climate Neutral Now pledge, an initiative by the UNFCCC toward achieving a climate-neutral future.

Amazon India opens the Metaworld experience for its Bengaluru customers