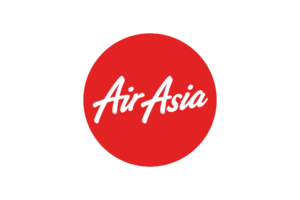 Mumbai, 17 September 2022: AirAsia India continued its streak of operational excellence by reinforcing its stature as the most punctual airline in India as reported by the Directorate General of Civil Aviation (DGCA) for August 2022. AirAsia India topped the charts with a 93.3% percentage On-Time Performance across the four metro airports, i.e., Bengaluru, Delhi, Hyderabad, and Mumbai. This is the fifth month in a row that AirAsia India has topped the DGCA OTP charts.

The operational excellence of AirAsia India is the result of its digital transformation and customer-centricity. The airline remained focused on ensuring safety and On-Time Performance with a host of customer-centric services such as AI-powered conversational chatbot Tia, a data-centric approach to enable real-time updates, fly porter baggage delivery services, and SMS bag tags facilitating smooth and fast check-in and seamless Single-Sign on check-in on its mobile app. AirAsia India’s deployment of ‘RedSmart’, an aviation analytics app helps drive operational efficiency by real-time monitoring and analytics of aircraft turnaround between flights.

Speaking about the achievement, Mr. Sunil Bhaskaran, MD & CEO, AirAsia India said, “We’re delighted that our focus on operational excellence and digital interventions have enabled a consistent performance on key performance metrics like OTP. Leading for the fifth time in a row is a validation of these efforts.”

AirAsia India also adheres to the highest safety standards to provide a safe and secure flying experience to its guests underscored by achieving the highest 7-star safety score and zero incident rating by airlineratings.com.

Amazon India opens the Metaworld experience for its Bengaluru customers